The Occipital Structure scanner is rapidly being adopted as the 3D scanner of choice by many foot, ankle, and knee orthotic facilities. It’s not hard to see why. At a cost of just US$349, it delivers results comparable to devices that cost 10 times as much. It’s very user-friendly, and the manufacturer’s software developer’s kit makes it an easy platform for labs to work with.

At the recent Pedorthic Association of Canada Symposium, Kiwi Orthotic Services was one of many labs promoting this scanner. Once again, however, we were the only lab with a system that enables hands-free use. Many attendees noticed this and by far the most frequent topic of conversation in our booth was this question of hands: Do you want your hands on the scanner, or do you want your hands on the patient’s foot?

The short answer is that our testing consistently produced better-fitting orthotics if the clinician could use both hands to hold the patient’s foot in the correct position. Orthotics produced without the foot held by the clinician tended to have excessively high proximal arches, inclined calcanei, and long, flat distal arches. With this finding, we chose to pursue the hands-free solution that we currently offer.

The long answer, of course, gets more complicated.

The Occipital scanner module is intended to scan objects from multiple angles. By measuring the shape from several directions, it reduces noise to produce a smoother, cleaner scan of the target object.

Working with a moving scanner is where our testing began, and we were not disappointed. It did indeed produce exceptionally smooth, clean scans. The problem, though, was immediately apparent. If you are holding the scanner to move it around, you have no way to reliably hold the foot in position.

Your scan might be excellent, but it’s an excellent scan of the wrong foot position. When we produced orthotics this way, the calcaneus was too inclined and the metatarsals too plantarflexed. The result were orthotics with a very sharp arch that peaked aggressively under the sustentaculum tali and provided little or no support to the distal MLA. They fit badly, were very uncomfortable, and supported poorly. CAD compensations were unreliable and inadequate. We knew we needed more reliable scans.

Next, our research team considered several devices and methods to hold the foot in place so the clinician could still move the scanner. Multi-articulated clamps might hold the foot if they’re set up perfectly, but they are incredibly hard to use. The patient can co-contract to hold position, but even if they can hold the right position the active muscles and tendons alter the foot shape. A glass plate or flexible transparent plastic could be used to apply a light semi-weight-bearing load to hold position, but that has three problems. The load deforms the foot and spoils the shape, the glass (or acrylic, or polycarbonate) reflects, scatters, and absorbs the scanner module’s infrared signal, adding noise and spoiling the capture, and the position still isn’t reliable.

We decided to try a different approach. We would leave the scanner stationary and record the data from a single position. The question with this method was now whether or not the scanner can capture enough of the foot, and capture it well, to make orthotics that fit. 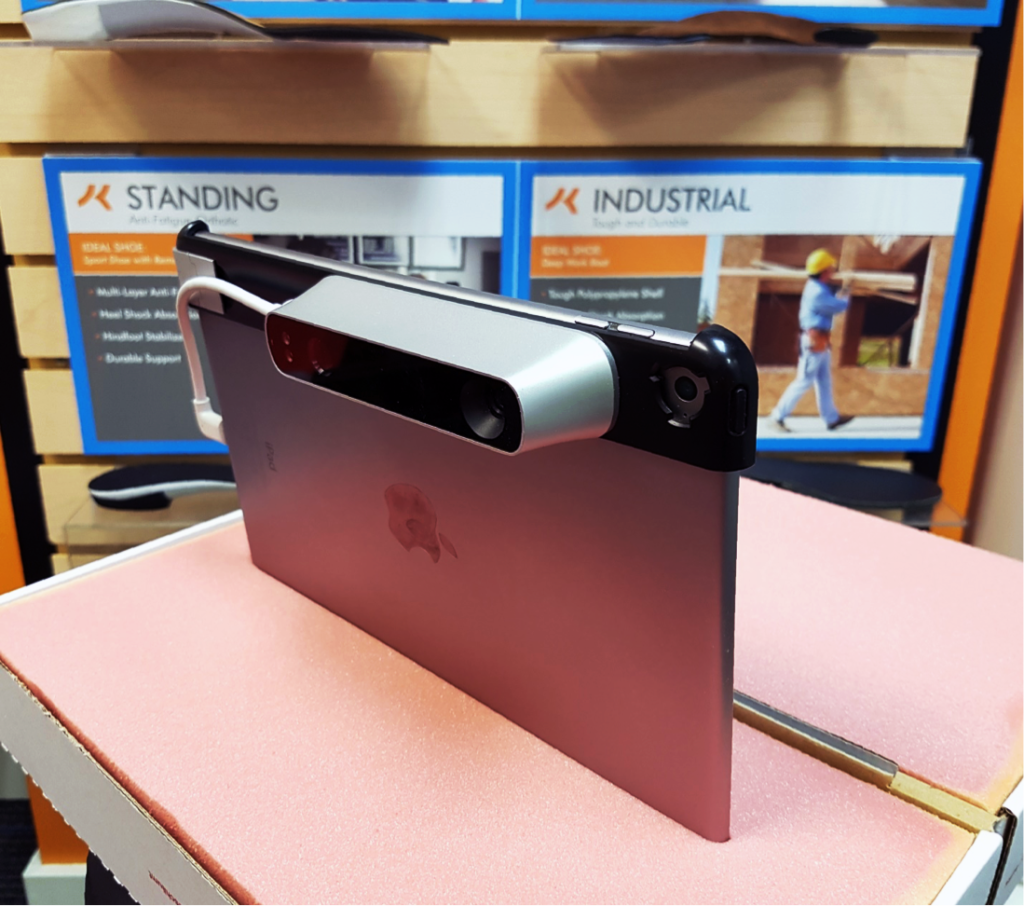 The results were better than we had expected. By capturing from a stationary position for 5 seconds, we were able to capture the foot geometry exceptionally well. The scan images we produced this way had a slight “orange peel” texture, but the variance within this texture was only in the 0.1-0.2mm range. The overall geometry was very well captured. Best of all, the scanner was able to capture the heel shape all the way to the “visual horizon” of the heel at its widest point. If the maximum width of the heel is captured, then heel cups can be produced accurately.

But that’s not the end of the story. Our scanner system still includes the option for hand-held scanning for 3 reasons: 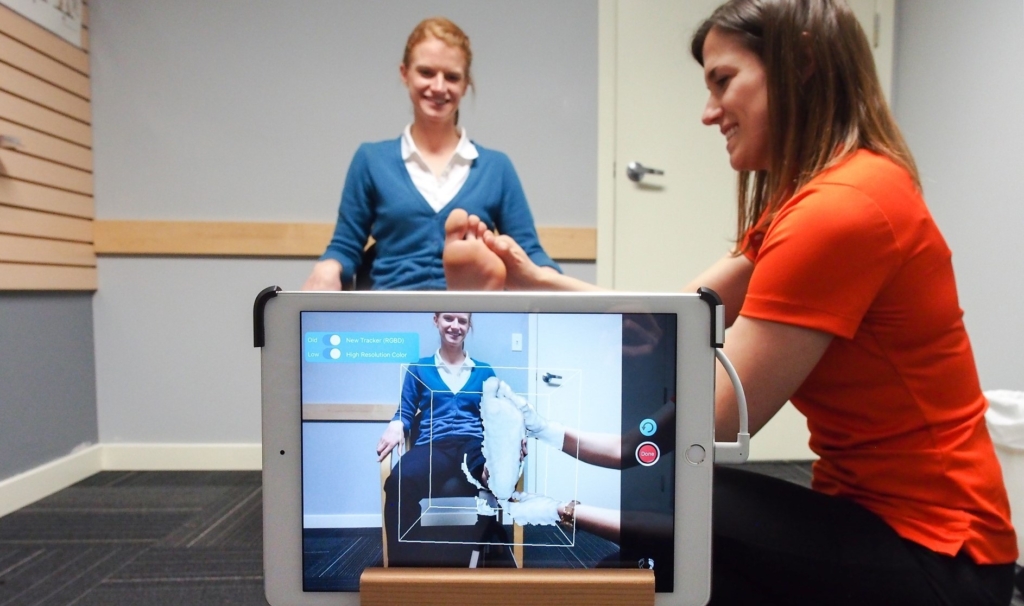 The Occipital Structure scanner is a great resource for orthotic professionals everywhere. The price point and ease-of-use have really eliminated barriers of entry into high-quality 3D digital anatomy capture. Better yet, the performance delivers excellent results. Best of all, you can scan your patients’ feet accurately, in the correct position, with Kiwi Orthotic Services’ scanning system.

Read more about new orthotic technologies and other topics on the Kiwi Orthotic Services blog!